Battle of the Ironclads:
The Monitor and the Merrimack 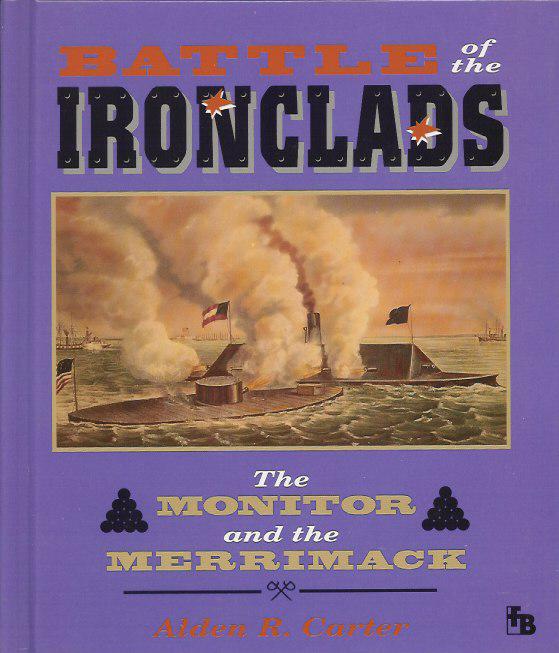 
In the spring of 1862, two strange vessels battled on the waters of Hampton Roads, Virginia.  On the shores spectators watched as the C.S.S. Virginia (known popularly as the Merrimack) slugged it out with the U.S.S. Monitor in the first battle of ironclad warships.  Both ships would survive the fight, neither would be afloat a year later.  Yet, the thunderous clash on this sunny March morning would change world history.

From the final chapter: “The first battle between ironclads marked the triumph of the Industrial Revolution. The proud wooden navies--and all the centuries of tradition, craftsmanship, and romance they represented--had been swept away by a pair of chugging, smoke-spewing iron monsters. For better or worse, the world turned from the past to measure its future in terms of progress, science, and iron-hard practicality.”
Reissued on CD: $6.95

Shipping within the U. S. included.